Deb Parnham smiles alongside Vickie Jackson after making a motion for a collection rate proposal of $1.50 during a Centralia School District board meeting Wednesday night.
Jared Wenzelburger / jared@chronline.com

The district’s existing levy allows it to collect no more than $4.6 million for the current year.

To maintain that same annual collection amount going forward, the school district would need to lower its levy rate to roughly $1.05 per $1,000 in 2024 and 92 cents per $1,000 in 2025, according to data submitted to the school board by Joe Vetter, the district’s executive director of finance.

Lowering the rate to maintain the same collection amount was one of several levy proposals presented by the district’s budget task force to the Centralia School Board in mid-November.

In their discussion over the benefits and draws to each of the proposals at its regular board meeting on Nov. 9, the school board members expressed the most interest in either maintaining the $1.50 rate or increasing the rate to $1.60 or $1.75, but ultimately decided to postpone the matter until Nov. 30 and asked district staff to come back to that meeting with details on what the levy currently funds and where any additional levy funding would be spent.

Superintendent Lisa Grant presented those numbers, compiled by Vetter, at that Nov. 30 meeting. Her presentation can be viewed in full via a live stream recording on the Centralia School District’s Facebook page. (The associated charts show what the district currently funds with the levy and what extra items could be funded with the new proposal.) 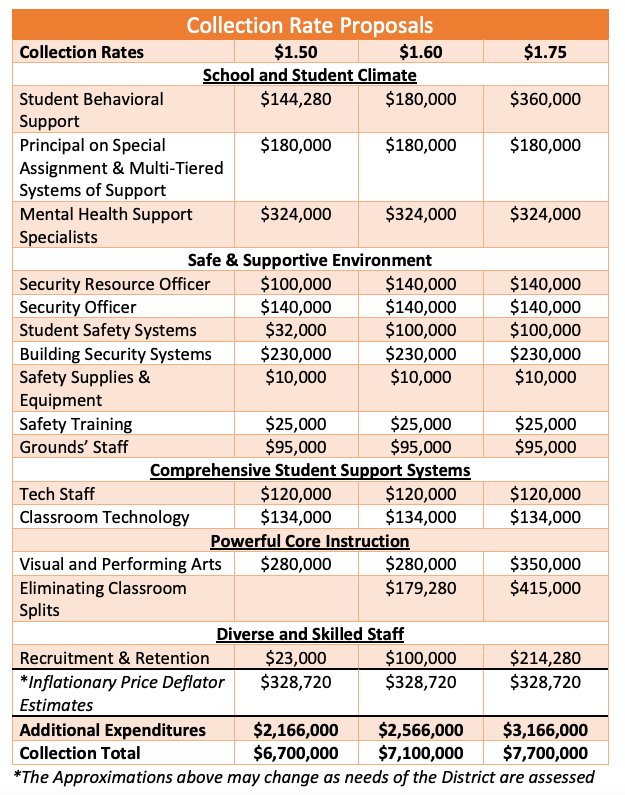 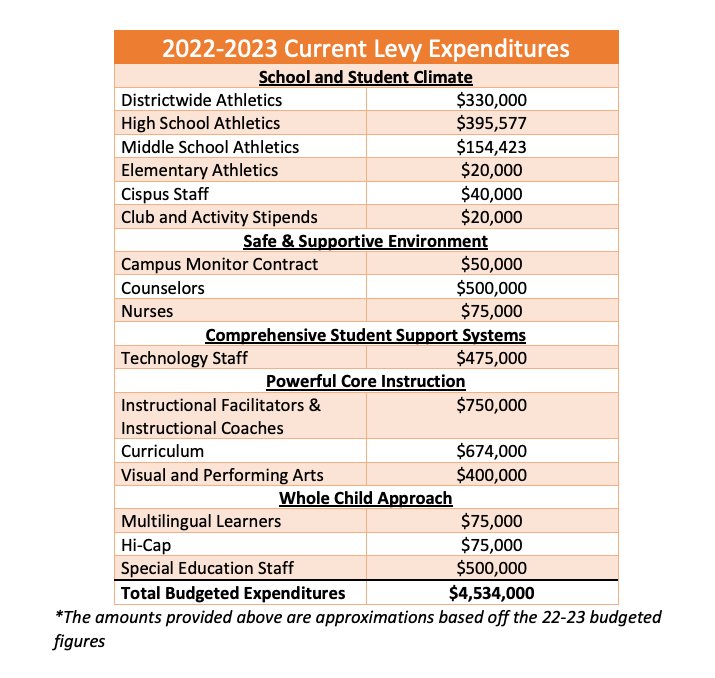 While board members were interested in the $1.60 and $1.75 rates during the initial Nov. 9 discussion, receiving their own property revaluations in the mail in late November and subsequently learning that the $1.50 rate would increase the district’s budget dampened interest in those higher rates.

“I want our schools to be stronger, but I think Dr. Grant and Joe (Vetter) have shown us that we still will be competitive and strong at $1.50 and I cautiously think that’s the route we need to go,” said school board member Deb Parnham ahead of Wednesday’s vote.

The board’s approval of the levy proposal means voters within the Centralia School District’s taxing district will see the proposal on their ballots for the Feb. 14, 2023 special election.

Districts are only able to file for a levy twice in a calendar year.

The Centralia School District operated without levy dollars between December 2020 and the 2022 levy collection cycle — leading to layoffs last summer — after multiple attempts to pass a replacement levy failed at the ballot box.

Only when the district lowered its request by another 50 cents did voters approve the replacement levy with 50.66% of voters in favor and 49.34% against.

Chehalis Woman Who Suffered Coma in Costa Rica Could Be Flown to U.S. This Weekend