‘This Doesn’t Just Happen by Chance’: How the Chehalis School District Became a Jewel in Public Education

Editor’s note: This is the first installment in an ongoing series focused on the Chehalis School District and the success of its Student Achievement Initiative, which was launched in 2013.

When W.F. West High School held its 2010 graduation, about 77% of the senior class received a diploma. Less than one-third of that class went on to earn a credential from a college or technical school.

Twelve years later, the graduation rate has climbed to 96% and the number of students receiving post-secondary credentials has nearly doubled.

According to Chehalis School District officials, the improvements in student outcomes over the past decade are the direct result of a concerted effort pursued under the umbrella of the Student Achievement Initiative (SAI).

The initiative, which focuses on boosting student success, modernizing teaching practices and preparing students for college and careers, was launched to respond to what officials described as changing social and economic needs in the Chehalis community.

The original goal of the SAI was to increase the percentage of W.F. West High School students who go on to earn college degrees and certifications from 20% to 60% beginning with the graduating class of 2022, but the work has created systemic changes from kindergarten all the way through 12th grade. 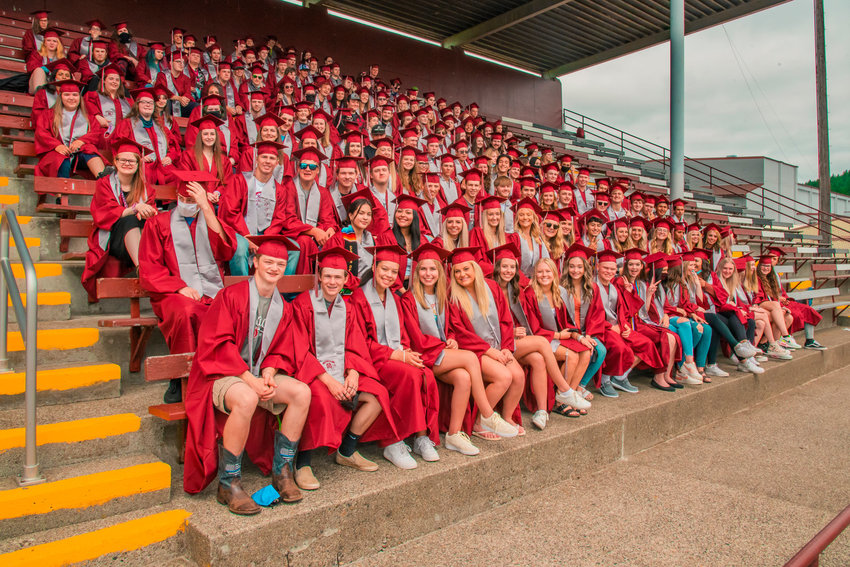 Through an emphasis on increasing graduation rates and encouraging enrollment in institutions of higher education, the Chehalis School District has made steady progress toward its goals.

“The graduation mindset is firmly in place,” district Superintendent Christine Moloney said. “As part of the SAI, people just expect students will be prepared to graduate. Our (96%) graduation rate sends a message to students and staff: you will work hard and you will succeed.”

According to school district officials, students who enroll in college within one year of graduation are more likely to earn a degree than their peers who do not enroll directly, leading school administrators to push as many students as possible to enroll in higher education. With a focus on instruction, college attendance and career readiness, Chehalis educators have worked toward creating a culture in which students can expect to be prepared for college.

The approach to educational improvements has required the attention of stakeholders at all corners of the district and beyond.

That culture has been developed over the years through the work of staff throughout the district, including school counselors and college prep advisors. Over the past several years, guidance counselors and college prep advisers have facilitated college visits, guest speakers and signing day celebrations to promote a college- or trade-focused culture. Even during the COVID-19 pandemic, when teaching and other school activities were conducted remotely or in a hybrid model of face-to-face learning for small groups, counselors continued to serve students by hosting senior meetings, admissions workshops, scholarship workshops and by providing financial aid advising.

That effort during the pandemic appears to have paid off, as data from the district show that in 2020, the number of graduating seniors from W.F. West who went on to pursue higher education plans fell by only 8%, compared to a nationwide drop of 21.7%. 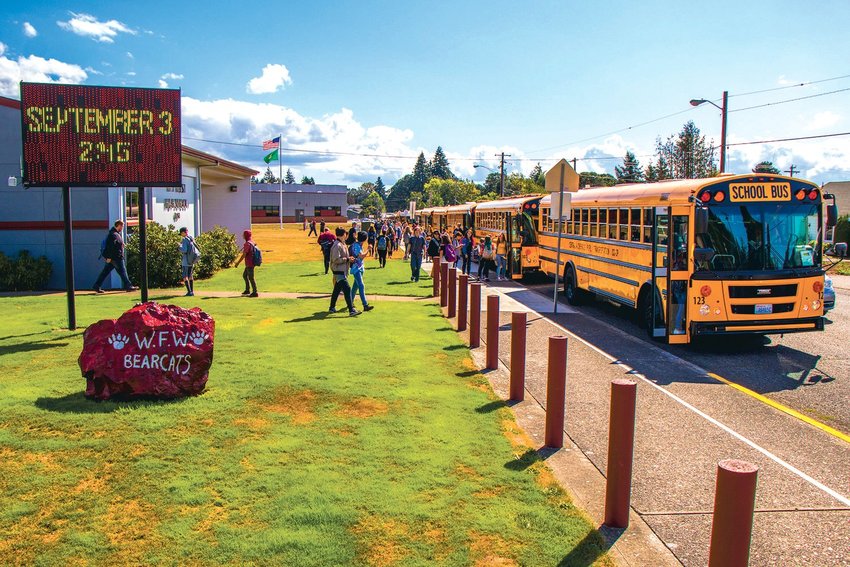 The Chehalis School District began developing the SAI in 2013. That November, the district began working with the nationally-recognized Baker Evaluation Research Consulting (BERC) Group, which sought to align instructional practices in Chehalis classrooms with what it called “Powerful Teaching and Learning Strategies.”

Those strategies involved professional development, collaboration and peer coaching through learning walks — an activity where teachers visit other classrooms throughout the district to observe the practices of other educators.

“We first discussed the SAI in 2013. We wanted to look at things the district could do to help all students, both high achieving and others as well,” said W.F. West Principal Bob Walters. “It was data-driven. We looked at data across the state and looked for ways to be better, even if we were already better than most at some things. We worked right out of the gate with the BERC Group. They gave us a really good look at ourselves.”

Chehalis Middle School Principal Chris Simpson echoed the idea that there had been an emphasis on data since the SAI was started in 2013.

“Data really became the focus in everything we did for improvement. They brought in the BERC Group to start data collection to look at powerful teaching and learning across the district, and then with that you get some data and you help shape your student improvement plan,” Simpson said.

Trisha Smith, who now works as the assistant superintendent for the Chehalis School District, had been hired as the principal at R.E. Bennett Elementary School in 2012 before work on the SAI began.

“As a principal, it was my second year in the district. I was excited,” Smith said. “(We were told) we have a good district but (The BERC Group) had some things they wanted to show us that would make us a great district.”

Rachel Dorsey, now the principal at Orin Smith Elementary School, was a teacher in the district at the time the SAI was announced. 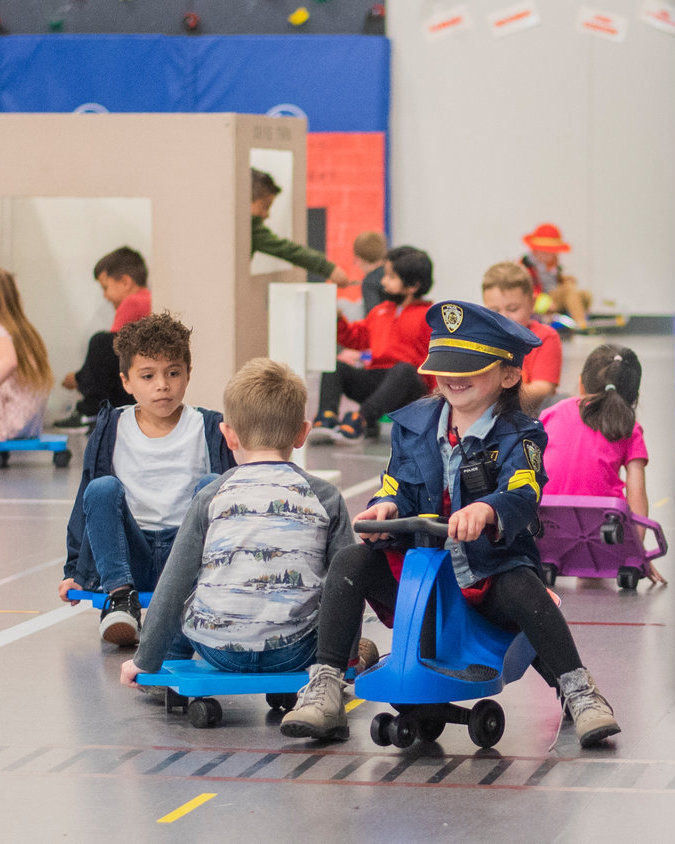 “I remember (former Chehalis School District Superintendent) Ed Rothlin sharing with us that we need some sort of measure. It was a way for us to find out how we were doing. I thought that was really great to find out how everyone really feels about things and all that data was gathered and we went from there,” Dorsey said. “(I thought), ‘Alright, it would be nice to know how that all fits.’”

The effects of the changes made as part of the SAI in the areas of improvement, modernization and preparation were quickly noticed.

“The improvements we saw were fast and dramatic,” Smith told The Chronicle.

It wasn’t just the administrators who noticed the changes, either; teachers saw the differences in their classrooms.

“I heard about (The SAI) when it was first announced,” said Leslie Pagel, a first grade teacher at James Lintott Elementary School who taught at Cascade Elementary at the time the SAI was announced.

According to Pagel, the BERC Group was brought in a short time after the staff was informed of the new efforts to improve student outcomes.

“It was presented as, ‘We need to do more by our students. We need to do more to prepare them for the world as it is now … whether they’re college-bound, trade-bound or entrepreneur-bound. We just need to do a better job of preparing them,’” Pagel told The Chronicle.

One of the first changes made in the district was placing an emphasis on the pursuit of college education by raising awareness. Logos for the college teachers attended were placed outside classrooms. Teachers began wearing shirts from colleges on designated days. At Lintott Elementary, for example, teachers wear college shirts on Wednesdays. In addition to college regalia, some teachers will wear clothes for different trades, in an effort to raise awareness of the diversity of occupations available to students. 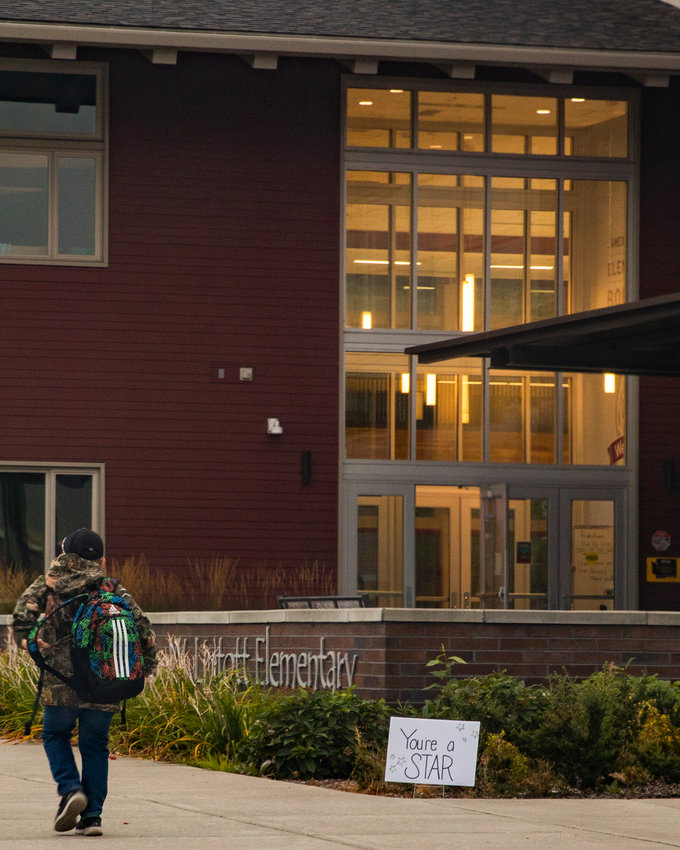 A student carries a backpack to class in front of James W. Lintott Elementary School in Chehalis Wednesday morning.

Orin Smith Elementary also uses Wednesdays as a day to create student excitement over higher education, as well as “swag days” on which one student from each grade level is selected to win items bearing college logos such as pennants, pencils, pens and frisbees.

Beyond college-themed days, schools have also been holding assemblies to show off different careers to students, illustrating that higher education isn’t the only path to success in the professional world.

“At the elementary level, the big piece is giving kids the skills they need and making them aware of the opportunities available to them. We really want a lot of that relevance,” Dorsey said.

Schools have held regular assemblies highlighting different jobs. In the past, students have heard from foremen involved in constructing the James Lintott and Orin Smith elementary schools. One assembly even featured a veterinarian.

According to Dorsey, prior to the COVID-19 pandemic, the school used to reach out to colleges that would then send Orin Smith Elementary a large number of college shirts as a donation.

And it wasn’t just the way schools talked to students about higher education and careers that changed; even conversations between parents and teachers began to emphasize the goals of the SAI. According to Pagel, teachers were encouraged to talk to parents at parent-teacher conferences to discuss what future they envisioned for their children.

In order to work with parents and prevent pushback, teachers promoted a range of higher education trajectories beyond the traditional four-year college path, including community college and trade schools. 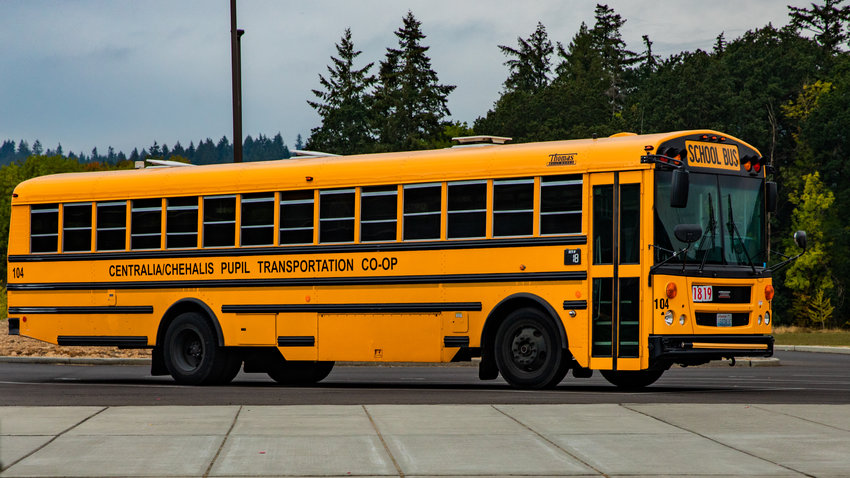 “I don’t think there’s one path that’s right for everyone, and that’s a benefit of promoting so many options,” Pagel said.

The emphasis on higher education has also extended well beyond the elementary school level. At W.F. West High School, teachers wear shirts showing different colleges on Wednesdays. The school hosts field trips to college campuses, including tours specifically for freshmen and a senior year trip all students take to Centralia College. In addition, the Chehalis Foundation pays for every W.F. West student to take the PSAT, a practice version of the SAT exam traditionally used for college admissions. Counselors help every student apply to college. With the district-wide emphasis on career attainment and higher education, every student is required to apply to Centralia College before graduation, ensuring 100% of W.F. West graduates are now accepted into college.

Given results like these, it makes sense the improvements in the Chehalis School District’s data have become a source of great pride within the district, which has spent years working to reach its goals.

Perhaps the best encapsulation of the district's view on its rising rates of high school graduation and college enrollment — and the deliberate steps it took to get to this point — comes from a flier touting the results of the SAI. On the front page, beneath statistics showing the district’s progress, the flier simply reads, “This doesn’t just happen by chance.”

Achieving Success is the title of a new, ongoing series of stories focused on the Chehalis School District and its Student Achievement Initiative. Look for more installments in upcoming editions of The Chronicle. The series will be compiled at chronline.com. Reporter Matthew Zylstra is a W.F. West High School graduate.